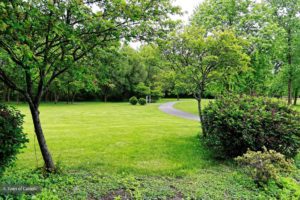 Schuyler Flatts is a formal park with a connection through woods to the Mohawk Hudson Bikeway. The Park celebrates the many historic human activities on this piece of land: a habitation of the Mohican Indians, a settlement by early Dutch farmers, encampments during the French and Indian War and the Revolutionary War. It was part of the Erie Canal and, in recent times, even circuses have been held on the grounds.

The park consists of a large grassy plot with a paved pathway circling this open field and with interpretive centers along the margin. Gardens matching their historic periods surround the centers. The loop is about 0.75 mile long and is accessible to handicapped persons. Nature lovers will be most interested in the woodland through which this paved trail leads to the Bikeway, passing alongside a freshwater tidal wetland connecting to the river. 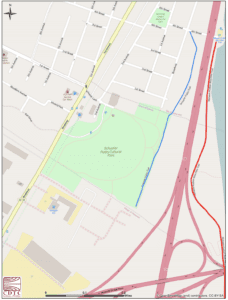